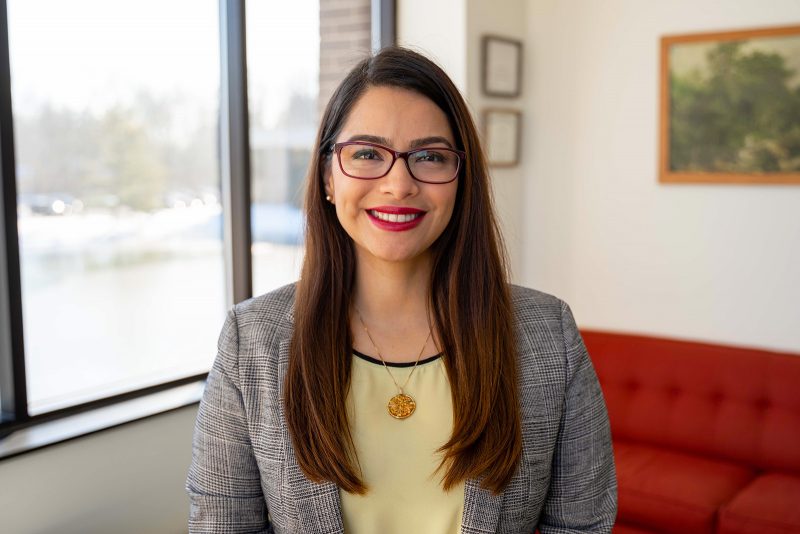 Leonela Sauve, LUNA’s Law & Policy Associate, is an International lawyer born and raised in Venezuela. She is an advocate for human rights and civil liberties. She recently spoke at the Thought Leadership Conference, where she shared her story as an asylee living in the United States.

Watch the full webinar recording below or continue further down to read her story.

In her time on the Colombia-Venezuelan border, she worked with immigrant populations in need of protection and promoted international humanitarian and human rights law.

She was working for a widely recognized humanitarian organization, when the Venezuelan government detained her.

“In my country, speaking about violations of human rights committed by the government gets you imprisoned, tortured, or even killed. I was lucky to have survived.”

Part of her work as a human rights lawyer was to provide training on the proper use of force by the military. Talking about the domestic and international legal framework that protects civilians from excessive use of force against them during peaceful demonstrations was enough to make Leonela be considered to be a traitor. She was kidnapped, tortured, and almost killed by the Venezuelan military and the revolutionary intelligence agency.

Afraid for her life, Leonela escaped Venezuela and came to the United States in 2018 where she sought asylum. Even after she left, she received messages that the military was searching for her.

“I left Venezuela with very few possessions and no certainties, other than the sense of safety that came from being far from the Venezuelan government.”

Unfortunately, her story isn’t an uncommon one in Venezuela and other parts of the world where freedom of speech is considered a threat.

When asked about adjusting to life in Indiana, Leonela states that she has felt increasingly welcomed and grateful that she is safe.

She left her family, her career, and her entire life behind abruptly. Coming to a new country where the language and culture were very different from her own, she thought she would never feel anything close to normal life again. She is happy to say she was wrong.

“I have found a supportive community, warm-hearted people, and a job that allows me to keep helping others in their struggles. I feel safe and grateful that I am here, that I survived, and that I now call Indiana my home.”

All of us at LUNA are grateful to work alongside Leonela and share her story.