July 6, 2021 by Stevie Cromer, Cultural and Enrichment Manager, Partner Liaison
< Back to Blog 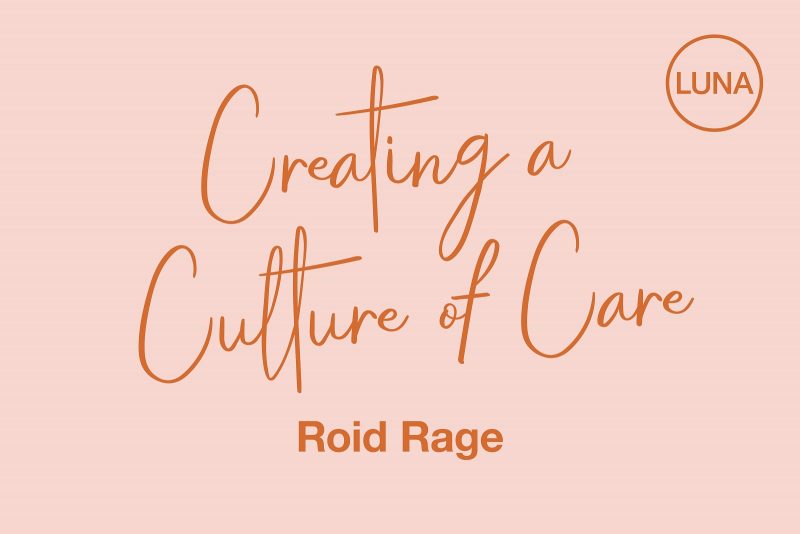 I’ve been raging the past two weeks!  I have had minimal patience, I’m irritable, barely sleeping, and just generally have not been very pleasant to be around.

This is all the result of a steroid I began taking to minimize a rash of Poison Ivy I got a few weeks ago.  The itching and physical discomfort became too much, and I finally sought medical relief.  I was prescribed Prednisone, a steroid, and while it has certainly helped the physical discomfort, it has also very much had some negative side effects on my mood.

As I’ve laid awake at night trying to fall asleep, my anxiety ramps up and I become consumed with my circling thoughts. It feels overwhelming and like a dead end at times. Like there is nowhere for these feelings to go and there is nothing that is going to make them diminish or disappear. I just feel like I’m in a pit of despair with no light at the end of the tunnel.

I used to live like this frequently so I know the cycle and feelings well, but I forgot how strong the feeling of hopelessness can be that sometimes accompanies such deep anxiety and unhappiness.

I’m thankful that rationally I know this is a side effect of the steroids and not the result of an onslaught of anxiety like I’ve had in the past, but none of that makes the thoughts and feelings dissipate.

So as one of my tried and true coping mechanisms, I took a long walk with my dogs one afternoon.  I felt the sun on my face. Breathed the fresh air in and out of my lungs. Smelled the grass and the flowers. Smiled at neighbors. And listened to one of my favorite podcasts.

The podcast featured two women discussing the feeling of being overwhelmed and the rage many women feel in carrying so much of the invisible workload that accompanies traditional female stereotypes. One of the women shared that this invisible workload makes her feel full of rage and wanting to lash out at anyone and anything that comes her way.

She went on to share that she had a realization – that she can use her rage for positive change.  She said, “You can’t have courage without rage (cou-RAGE)!”

So, I tried to maneuver my thoughts from general irritability and impatience into changes for good.

I harnessed my negativity into the courage to take a very small step, but a step nonetheless, into changing a part of my identity I’ve been holding onto much too tightly for quite some time.

I found the courage to have a challenging conversation that I had been previously putting off. It was hard and it unfortunately didn’t have the result I wanted, but I spoke my truth and made myself the priority.

I also sat in gratitude knowing this two-week period of irritability and anxiety is not currently a constant in my life, but just a phase as a side effect of the medication. There is an end to this mood imbalance I’m experiencing right now.

So, I turned my rage into courage. I made lemonade out of lemons. And I tried to find a way to use my challenging feelings for good. I wonder how you can do the same in your life.