January 24, 2022 by Stevie Cromer, Cultural and Enrichment Manager, Partner Liaison
< Back to Blog 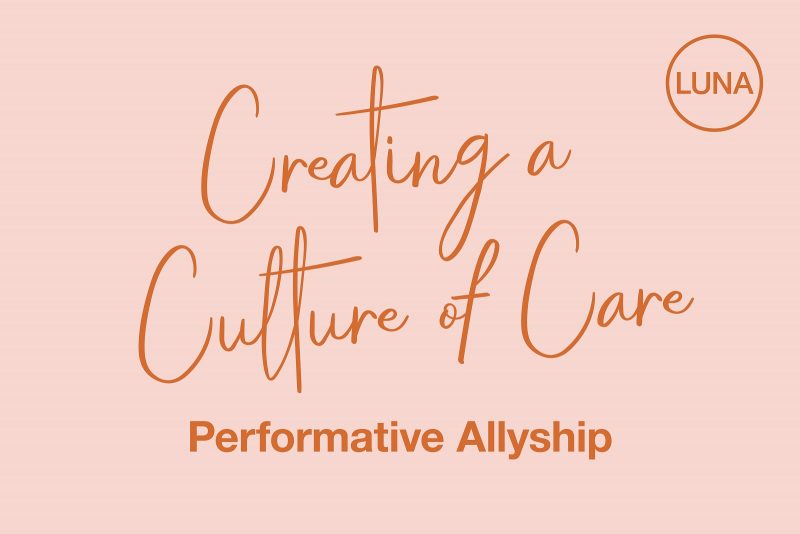 I start every morning at LUNA by sharing a video, article, quote, or image to our Staff thread on Microsoft Teams at 8:00 a.m.  It’s a way to signal to all of us that our work day is ready to begin and just set an intention or share a resource with the team.

Last week I shared this article about Maya Angelou becoming the first Black woman to be on a US quarter.  At first sight, it seemed a wonderful way to celebrate all she has contributed to our society and culture, as well as provide representation of and for the Black community.

But I later came across a Black Tik Tok creator (@jordxn.simone) who dismissed the idea as performative allyship. She said –

“… representation means nothing if we’re not actually moving towards progress. Sure Black women can be on money but when are we going to focus on closing the economic gap between Black people and everyone else in this country? When are we going to get equal pay for Black women in the workplace? Is a Black woman being on the quarter going to lead to an end of the “welfare queen” stereotype?  Or the need for welfare at all?  Using Black people as the face of capitalism, the very system that has systemically held them back since the very beginning of Black people in this country is not progressive. It’s not a power move. It’s deflecting from the real issues in this country.”

Performative allyship is defined as “activism done to increase one’s social capital rather than because of one’s devotion to a cause.” So this in fact is the perfect example of performative allyship. It’s an act by the US government to honor and celebrate a member of a marginalized community without actually shifting any of the privilege to the community. They are talking the talk but not walking the walk.  And I’m sorry I missed it!

In contrast, it was also announced last week that the NY Yankees hired the first-ever female minor league manager, Rachel Balkovec. In an incredibly male-dominant field, a female now owns a piece of authority and power. According to the Institute for Diversity and Ethics in Sport, woman holding on-field or player development roles in the MLB increased from only three in 2017 to 22 in January of 2021. This is change.  This is progress.

It’s also interesting to note, however, Balkovec did not begin receiving calls for interviews in the industry until she changed the name on her applications from “Rachel” to “Rae.” Her credentials were the same on both applications, yet Rae would be contacted about the positions and Rachel would not. An example of unconscious (or likely conscious in some situations) bias because of the assumption Rachel was female and Rae male.

I know about performative allyship.  I’ve actually written about it in a previous blog as well.  I’m sorry I missed this one, but grateful I was open to receiving @jordxn.simone’s message and that she is sharing it publicly.

Stevie Cromer is the Director of People and Culture for LUNA Language Services. Stevie regularly provides engaging content to LUNA’s team to encourage a culture of care within our own LUNA family. For more suggestions and resources about how you might build a culture of care throughout your organization, please reach out to Stevie at stevie@LUNA360.com.