More than Checking the Box 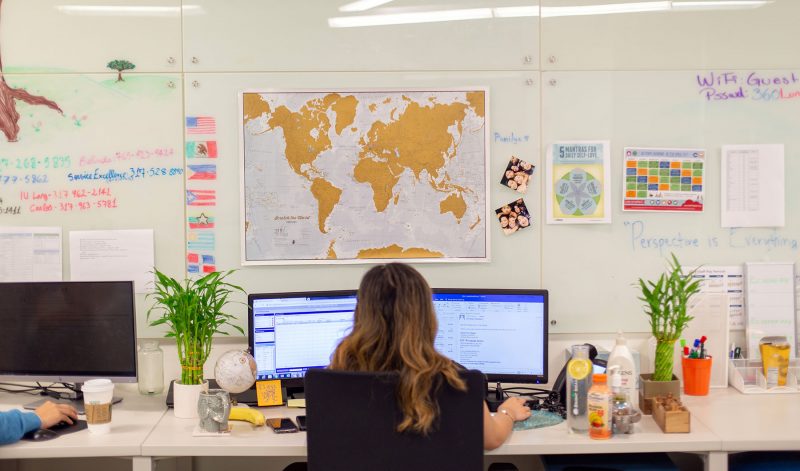 Here at LUNA Language Services, technology plays a vital role in connecting interpreters and translators to people who need them. Our translation and interpreting jobs are all coordinated via dedicated software, and we use video remote interpreting to communicate with clients who speak American Sign Language. While the tech industry is constantly changing and growing, providing new solutions that streamline the way we work, it still straggles behind when it comes to workplace diversity, a value which we treasure at LUNA. Let’s take a look at the current situation of tech diversity and discover why it matters.

To understand just how important the tech industry has become for the U.S. economy, consider that in 2015 it made up 7.1% of the U.S. GDP and employed over 6.7 million workers. Among millennials, the largest component of the U.S. workforce, jobs in technology are currently the most sought after (check out this video by USA Today). In Indiana, the tech industry has seen dramatic growth in recent years and is projected to keep up the pace.

With regard to gender, technology is dominated by men. A study by Fortune reveals despite constituting just over half of the U.S. population, women represent on average just one-third of the workforce at several major tech companies. A few of these businesses approach the 50% mark, but the majority score around 30% or less. The dominant ethnic group is in most cases White, with Asian coming in second and other groups far behind. Take a look at this chart for more details. In all these categories, leadership positions are even less diverse.

While these figures are quite telling, the picture they paint is actually not complete: they describe diversity in merely physical terms, focusing on gender and race, and missing the much bigger picture. This narrow scope dates back to the very first diversity initiatives, which came about in direct response to racial and gender diversity problems, as Dr. Paul Porter observed in a talk he gave in June for the Diversity Roundtable of Central Indiana (DRTCI). The concept of diversity, however, really encompasses everything that makes us different from one another, from language and culture to sexual orientation and socioeconomic status. Diversity provides a richness of ideas, perspectives, and skills that can bring a myriad of benefits to the workplace such as better decision making and cultural insight into diverse consumer markets.

Here, we should introduce another important idea that goes hand in hand with diversity: inclusion. Inclusion is how we make use of diversity and its resources. Vernã Myers, an expert on the topic, expresses the distinction beautifully:

“Diversity is being invited to the party; inclusion is being asked to dance.”

Achieving a diverse demographic is a good first step, but bringing those people together to create a cohesive, dynamic team is where diversity initiatives really succeed.

So why is it so difficult for tech companies to move away from the status quo? What is preventing them from tapping into this resource? If we turn back to the issue of women in technology, we may find some answers. Researchers point to a lack of encouragement and support for women both in the school system while they are young (the “educational pipeline”) as well as in the workplace when they are adults. The problem, they state, is largely a cultural one in the United States, while in other parts of the world like India and Palestine, where technology isn’t viewed as an occupation primarily for men, women fill a larger part of the classroom and the workplace.

In today’s highly interconnected world, businesses need the insight and skills of a diverse workforce. Considering the recent growth in the tech industry as well as Indiana’s increasingly diverse population, it is in the best interest of companies to make an effort to understand how diversity truly looks and why achieving it involves more than just filling a quota. Opportunities for this, such as cultural training workshops at the International Center or the Diversity in Tech Symposium—where LUNA’s Operations Manager, Una Hartzell-Baird, will be participating as a guest panelist—are great first steps to starting the conversation, leading to company-wide adoption of diversity and inclusion as a necessity, and not simply checking a box.