Language Minorities and the Right to Vote 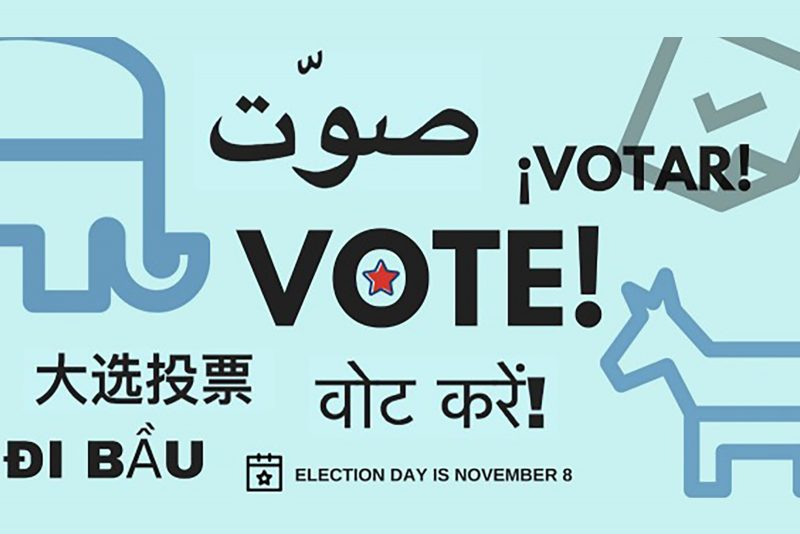 Few other principles seem as ingrained in our national consciousness as the right to vote. As the U.S. Supreme Court once reminded us, the “right to vote freely for the candidate of one’s choice is of the essence of a democratic society, and any restrictions on that right strike at the heart of representative government.”

Yet the path to ensuring that all eligible voters in the United States have a political voice at the polls has been an arduous and perpetual one. From poll taxes and literacy tests, to voter intimidation, racial gerrymandering, and other obstacles to the ballot box, America has long struggled with the concept of electoral democracy.

Among the historically disenfranchised in the United States includes persons of limited English proficiency (LEP). Throughout the nineteenth and early-twentieth centuries, states employed English-literacy tests and other procedural tactics designed to exclude immigrant groups and other language minorities from the ballot. Even today, LEP voters confront a range of language barriers during election season. These challenges arise at virtually every stage of the voting process: locating information about elections, deciphering registration forms and other voting materials, navigating the polling place, and even casting a ballot.

Today, over ten million eligible voters—U.S. citizens ages 18 and older—are limited English proficient. Many of these individuals—including Puerto Ricans, Native Hawaiians, inhabitants of Guam, American Indians, and Native Alaskans—are U.S. citizens by birth; a majority of them—approximately 680,000 each year—become citizens through the process of naturalization.

Various election laws aim to protect this segment of the voting population. For example, under the federal Voting Rights Act and analogous state laws, all eligible voters unable to read or write—whether due to illiteracy or limited English proficiency—may designate someone (a poll worker, friend, family member—anyone other than their employer or union representative) to assist them at the polling booth.

As the American demographic continues to diversify, resulting in the growth of linguistic pluralism, these laws will become increasingly important in preventing discrimination at the polls and in promoting greater civic participation among LEP citizens—natives and newcomers alike.

An extended version of this post with a summary of state and federal election laws, interactive features, and additional resources is available here. Additionally, our multi-lingual voting infographics area avaialble on our resource library. With questions, please email policy@LUNA360.com.