Impartiality and Advocacy – A Dynamic Compromise

March 10, 2021 by Wes Bremer, Training and Virtual Interpreting Coordinator
< Back to Blog

Bridging the Gap (BTG) is a basic training class for aspiring or newer medical interpreters. ASL interpreters are welcome to take BTG, but the majority of BTG participants at LUNA are spoken language interpreters.

Early in the 40-hour class, BTG participants learn the Code of Ethics promoted by the International Medical Interpreters Association (IMIA) and the National Council on Interpreting in Health Care (NCIHC).  In this Code of Ethics are seven common values: accuracy, advocacy, confidentiality, cultural competence, impartiality, professionalism, and respect.

For ASL interpreters, their guiding principles are strikingly similar.  The National Association of the Deaf (NAD) and the Registry of Interpreters for the Deaf, Inc. (RID) have a Code of Professional Conduct that includes the guiding principles of: confidentiality, linguistic and professional competence, impartiality, professional growth and development, ethical business practices, and the rights of participants in interpreted situations to informed choice (NAD-RID Code of Professional Conduct).

At first glance, it may appear as if impartiality and advocacy are diametrically opposed. And it may pique one’s curiosity as to why “advocacy” doesn’t appear as one of NAD-RID’s guiding principles.  But a more nuanced exploration reveals that impartiality and advocacy both have their place in medical interpreting and that a dynamic compromise known as Incremental Intervention allows interpreters to abide by both values in certain situations.

The very name of the class, Bridging the Gap, speaks to impartiality.  In the United States, “the gap” typically refers to the linguistic and cultural barriers between healthcare professionals (HCP’s) and Deaf and non-English-speaking patients. “Bridging” refers to the bilingual medical interpreter who facilitates communication between two or more people who might otherwise not be able to communicate.  And just as a real bridge connects two locations, a medical interpreter serves at least two people.

Some people may believe that a medical interpreter is on assignment on the patient’s behalf. They make this assumption because if it’s typically the patient who does not speak the lingua franca, then the interpreter must be present for the patient’s sake. While there is some logic to this line of thinking, ultimately, it’s not the best understanding. As soon as the medical interpreter takes “I’m here for the patient” as her point of departure, she is already (whether knowingly or unknowingly, intentionally or unintentionally) compromising impartiality.  To abide by impartiality at a basic level, her point of departure must be “I’m here for both the healthcare professionals and the patient”.

When considering advocacy as a value of medical interpreting, there appears to be a difference in codes of ethics between ASL and spoken language.

As of July 1, 2005, the National Association of the Deaf (NAD) and the Registry of Interpreters for the Deaf, Inc. (RID) adopted a Code of Professional Conduct that includes six guiding principles and seven tenets.  The Code’s illustrative behaviors expound upon each of the seven tenets.  There is no guiding principle of advocacy in the NAD-RID Code of Professional Conduct.  Nowhere in the document will a reader find the words: “to advocate”, “an advocate” or “advocacy”.  But there is significant development of “respect for consumers”, and one implicit element of “respect for consumers” is whether or not interpreters should advocate for consumers and if so, under which circumstances.

A look at the Code reveals:

From Illustrative Behavior 4.4, the clause that reads “[Interpreters]…support the full interaction and independence of consumers” further strengthens the preference that Deaf individuals advocate for themselves.

Having an interpreter or another hearing person advocate on behalf of a Deaf person is a hot topic commonly discussed in some Deaf and ASL interpreter circles.  The NAD-RID council responsible for drafting the Code of Professional Conduct found an appropriately articulate and agreeable way to impart general guidance on the debate on advocacy without ever going into the weeds, without ever dropping any of the “A” words.

Incremental intervention as the compromise between impartiality and advocacy

Though advocacy is not explicitly identified as a guiding principle in the NAD-RID Code of Professional Conduct, Incremental Intervention (as described below) is a valuable consideration for both ASL and spoken language interpreters in the medical field.  Incremental Intervention might wash away or at least temper the qualms felt by ASL interpreters and Deaf individuals when they see IMIA and NCIHC openly promote advocacy as a core value of medical interpreting.

[Disclaimer – “medical interpreting” is underlined to stress that Incremental Intervention is an approach that applies to medical interpreting.  Incremental Intervention is not appropriate in other settings such as business and court interpreting.  Read what follows with an exclusive focus on the medical field.  Also of note is that whereas the IMIA and NCIHC Code of Ethics only apply to medical interpreting, the NAD-RID Code of Professional Conduct was purposefully designed to apply to interpreting for the Deaf in all sectors of society (i.e. healthcare, law, education, etc…). Evidence of the universal design of the NAD-RID Code is found in the following clause.  “This Code of Professional Conduct is sufficient to encompass interpreter roles and responsibilities in every type of situation (e.g., educational, legal, medical). A separate code for each area of interpreting is neither necessary nor advisable” (Registry 1).]

It’s been said that the best interpreter is almost invisible, that the HCP’s and patient would ideally forget that the interpreter is present and instead focus on the matter at hand.  In other words, the interpreter is nimble in her skills and un-intrusive in facilitating communication, using interventions sparingly and only when necessary.

Incremental Intervention is an approach for attaining this ideal and for allowing impartiality and advocacy to operate in dynamic tandem and coexist peacefully.  Under Incremental Intervention, the medical interpreter has four roles.  The roles are listed in order of 1-4.  #1 is the most commonly used role. And #4 is the role that is the last resort, the option that is to be used sparingly.

However, should the patient not speak up and should the doctor remain unaware of the patient’s lack of understanding, the interpreter can and should intervene by adjusting the doctor’s high register speech to a lower register explanation that is more comprehensible to the patient.

If the disconnect in register is a prolonged occurrence and requires the medical interpreter to stay in the clarifier role, a more appropriate intervention would be for the medical interpreter to make things more explicit for the doctor – “Interpreter speaking: I’m sorry, doctor.  I’m consistently having to adjust your technical explanations into simpler language so that the patient can understand.  Would you mind using simpler language?”  This request from the interpreter could rightly be understood as being bold and intrusive, but the interpreter is making this request so that she can be less intrusive throughout the rest of the interpreted session.  And it that spirit, it is an un-intrusive act.

When a systemic barrier occurs, in luckier circumstances, the patient will be knowledgeable about his rights and will self-advocate in an assertive (but not passive or aggressive) way.  The interpreter would thus be off the hook and could simply interpret in the conduit role.

Though each situation is unique and an interpreter should never relinquish her well-informed judgement, below are some NCIHC and IMIA guidelines for deciphering whether or not to advocate.

“The NCIHC Standards of Practice suggest that and interpreter may take on the role of the advocate if they must ‘speak out to protect an individual from harm’ or ‘to correct mistreatment or abuse’ ” (The Cross Cultural 183).

Just as NAD-RID may have some qualms, debate and division on advocacy, so too is this likely the case within NCIHC and IMIA.  The spoken language community also has opposing viewpoints on the appropriateness of advocacy in medical interpreting.

“Some people believe that medical interpreters should not act as advocates at all.  However, others feel that that are many reasons that advocacy should be a part of the medical interpreting process.  As a result, there is debate about the role of advocacy in the health care setting” (The Cross Cultural 81).

Aristotle taught of the Golden Mean, that the ideal moral behavior falls in the middle of two extremes.  Setting up a spectrum of confrontation/advocacy styles might look like this:

Passiveness is the extreme to the far left.  A passive person is idle; he lets people do things onto him without speaking up for his needs and desires.  He may have a valid concern but doesn’t act upon it for some reason.  Passiveness fails as an approach because needs go unmet and because no attempt has been made for positive confrontation.

Assertiveness is the golden mean.  It’s the standard to which patients, HCP’s and, if necessary, medical interpreters should strive.  Under assertiveness, the party with a concern does indeed act but does so in a firm and polite way that preserves the dignity of both parties and advances an agreeable solution to the concern.  The one thing to keep in mind is that assertiveness is not a silver bullet.  When the patient and/or interpreter uses assertiveness, it is not a guarantee that they will achieve their desired outcome.  But assertiveness does stack the cards in favor of other favorable outcomes.  If done well, assertiveness may yield: new understanding, self-empowerment, trust, concessions, and/or compromise.  Similar to how a romantic couple may feel they’ve grown closer when reconciling after a fight, seeking solutions through assertiveness can strengthen relationships: patient-provider, patient-interpreter, and provider-interpreter.

Impartiality and advocacy do indeed represent a dichotomy.  But with refined consideration, they also represent a dynamic duo, a concessionary coexistence.

To advocate requires a medical interpreter to temporarily relinquish her impartiality.  But she only arrives at advocacy reluctantly and after following the four levels of Incremental Intervention.  In those hard times, she chooses to advocate because some shortcoming or violation is occurring, and if it goes unaddressed, the patient’s dignity and/or health could be severely compromised.  She advocates as a last resort but does so effectively on the rare occasion when it’s necessary.

Outside of her interpreted assignments, the medical interpreter respects the wider debate on advocacy.  She may not entirely share the viewpoint of NAD-RID or she may be ill-at-ease with IMIA and NCIHC’s open recognition of advocacy as a value.  Yet she recognizes that professional discussion of advocacy is worthwhile. And in all her humility, she acknowledges that there is not “one correct solution” to the advocacy dilemma. 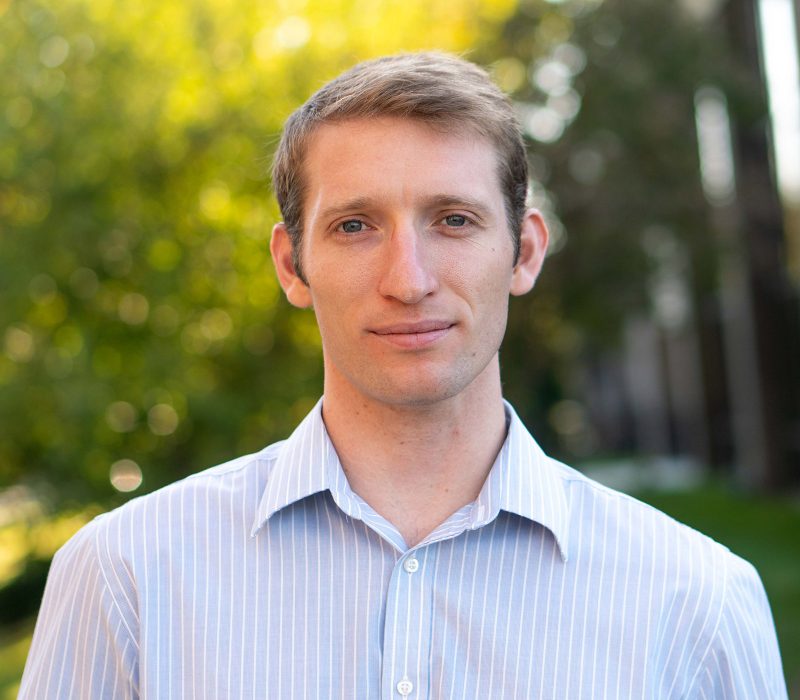 Wes Bremer is LUNA’s Training and Virtual Interpreting Coordinator. Wes has been with LUNA for over a year and continues to bring a great perspective on language access and training.