Creating a Culture of Care: Get it Girl!

September 28, 2020 by Stevie Cromer, Cultural and Enrichment Manager, Partner Liaison
< Back to Blog 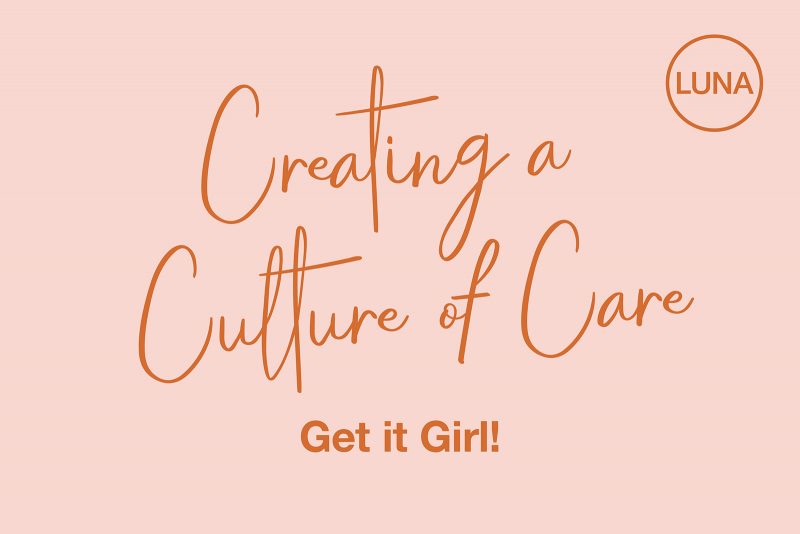 “Get it girl!” That’s the phrase a friend, a 50-something-year-old white male, said to me recently after hearing a story I shared.  I think his intention was to be supportive but hearing him use the phrase made me feel icky inside. I remember wondering why he chose that expression and thinking it sounded so off and wrong coming out of his mouth.

If his intention was to be supportive, it certainly didn’t feel that way. It felt like he was poking fun and even being condescending. But used in the Black community, the phrase “Get it girl!” is very relevant and supportive. It’s not a joke.

Was it simply because he was a white man saying it that made it feel off?

Several years ago there was an infamous video clip of a Black woman, Kimberly “Sweet Brown” Wilkins, being interviewed on a local news station in Oklahoma after a house fire. In the final statement of her interview she said, “Ain’t nobody got time for that!” I can’t even count the number of times my white friends (myself included!) said that phrase in response to something happening in our lives thinking it was funny. It didn’t feel off or wrong to me at the time, but now it gives me that icky feeling just like “Get it girl!” A feeling of trying to be something I’m not or emulate something that isn’t mine to emulate.

I frequently hear about cultural appropriation in relation to clothing or attire, like at Halloween when ethnic and cultural costumes are everywhere.

At this point I hope it is fairly common to believe wearing blackface is wrong and offensive (unfortunately it still happens), but what about wearing costumes or accessories from other cultures?  Is it ok for a white child to wear a Black Panther or Aladdin costume?

In most of the things I’ve read and seen exploring the topic, the common and decisive thread is regarding the spirit or intention – are you communicating respect of the culture or condescension?

Cultural appropriation has also become extremely relevant related to our texting and social media habits. White people sharing memes and gifs showing people of color is widespread! The concept of digital blackface is one I think many people are still unfamiliar with today.

Even if the gif you are sharing displays the perfect emotion you want to express, does it in any way perpetuate a stereotype or is it adopting someone else’s culture?

For example, as a white woman, I can send a gif of a Black woman rolling her eyes and others might think it’s funny.  But when a Black woman behaves this way in real time, it can be seen as sassy or too animated and furthers a negative stereotype of Black women.

Our differences are what make us unique and beautiful. Rather than trying to adopt or emulate another’s culture, I wonder what it might look like if we focus on uplifting that culture by learning its history, reading its authors, and supporting its communities?