November 9, 2020 by Stevie Cromer, Cultural and Enrichment Manager, Partner Liaison
< Back to Blog 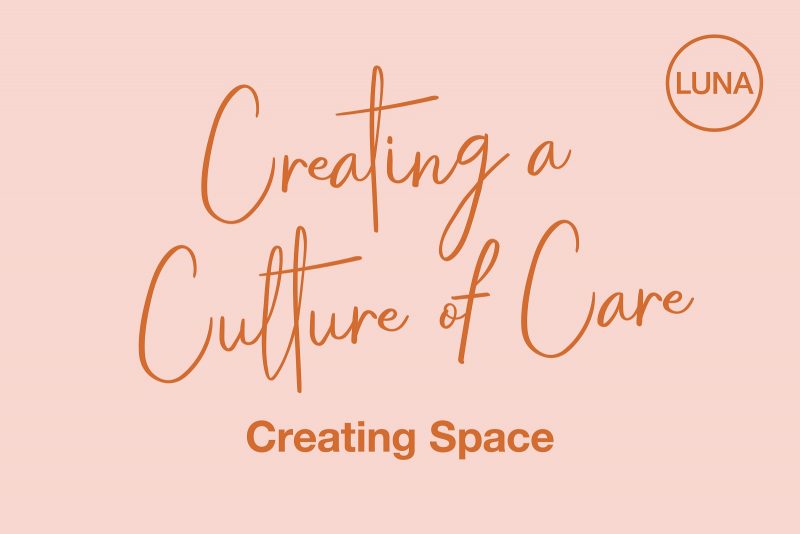 My process for writing my blogs typically involves an idea or theme coming to me at some point early in the work week, usually by Tuesday. I keep rolling the idea(s) over in my head until I finally start typing something on Thursday. I then revise and refine it on Friday morning, send it to LUNA staff on Friday afternoon, and it is published on our website the following week.

The process is typically pretty organic, and the focus of my writing is often the result of something continuing to surface in my thoughts.  I often think of it like a message is hitting me over the head, meaning I need to share it with others.

But this week, nothing was coming to mind. I spent some time this morning trying to manufacture some sort of connection to something and it all felt insincere. And insincerity is the last thing I want to come across in my writing.

This week my mind has been pretty consumed by life.  Both at work and personally, there have been stressors and things just taking up a lot of space in my thoughts. I haven’t found an opportunity for an idea or theme to grow for my writing. Nothing has percolated to the top like it typically does.

I realized, though, I also haven’t provided the opportunity for it to do so. I’ve been so consumed with stress and putting out fires that I haven’t taken time to think.  To be. To dream.

It’s a good reminder that things rarely just happen. And the things that do just happen are often not the most meaningful or impactful.

We are responsible for providing or creating opportunities for things to happen.

We often develop habits leading us to think our behaviors are automatic but, in reality, they are not. The behavior was initially created through our own ability to provide space.

My therapist once told me a story about meeting her husband.  She was one of the last of her friends to find a partner, and she struggled with finding a meaningful, romantic relationship.  Her therapist told her this was likely because she wasn’t making space for anyone in her life.  So, she decided to clean out her garage to make space for two cars to fit, rather than parking on one side and using the other side for storage.  She literally cleared out the second space in her garage allowing enough space for a second car to fit inside.  A few weeks later, she met the man she would later marry.

It’s a cute story.  It’s a cheesy story.  And whether or not it had anything to do with her meeting her husband, no one will ever know. But it does illustrate the idea of creating space and I like remembering it when I need to create space for things in my life.

I think I was too closed off this week to let any ideas emerge for my writing. But once I realized what was happening, it actually allowed me to reflect and write about the importance of creating space. And this blog grew out of it as a result!