August 24, 2020 by Stevie Cromer, Cultural and Enrichment Manager, Partner Liaison
< Back to Blog 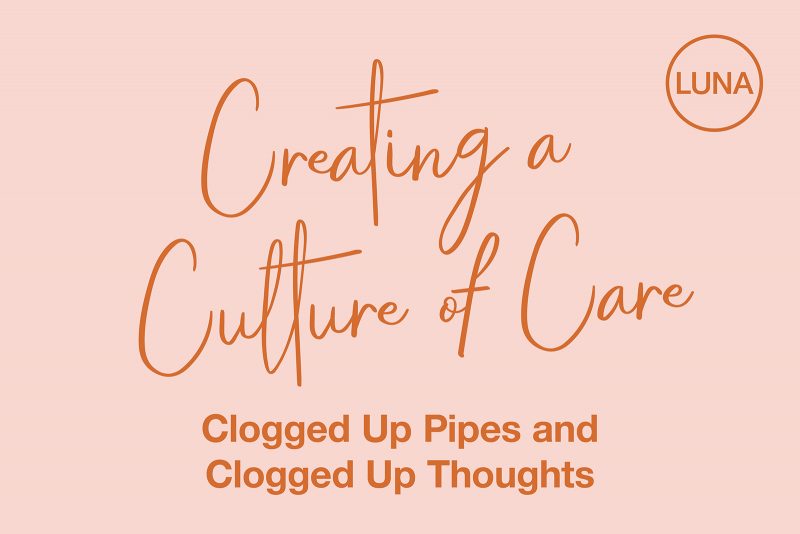 I’ve had a series of plumbing issues at my home over the past few months, like clogged up underground pipes, digging up the yard kind of problems. I’ve had multiple technicians to my home and each time they have asked me some sort of question about whether I’m married or if there is a “man of the house.” Once I respond I’m a single woman with three kids, it appears the conversation shifts.

There is a shift on both sides.

The representative begins changing the vocabulary they are using as well as often appearing to become a little less transparent about what may be happening with my plumbing system.

I also shift into a defensive mode and begin assuming they think I don’t have any idea or understanding about what they are saying to me or how much money something might cost to repair.

We both have biases we are bringing to the conversation and they start shining brightly the moment that question is asked.

Admittedly, I don’t know much about plumbing or home maintenance in general. I am, however, resourceful and ask friends who do have knowledge, as well as conduct some Google research. Regardless, the conversation shouldn’t shift simply because I’m a female and there isn’t a male who lives in the home. It also shouldn’t shift because I assume the technician thinks I have no idea what is happening with the water supply and pipes in my home. These are both examples of unconscious biases clouding our interaction with little to no proof to verify these beliefs.

The general assumption women aren’t well versed in plumbing (and for that matter that all men are well versed in plumbing) is false. Additionally, the assumption all service technicians are trying to take advantage of situations is false. These are ideas we have been fed through various forms of mainstream media and probably even in many of our homes as children. Again, both of these assumptions are false.

Most images in mainstream movies and tv shows of service technicians in the trade industry are male. Rarely do you see images of women providing trade services unless they are maybe making errors while doing so.

These mainstream sources also present a picture of service technicians increasing prices and trying to add on additional services when they aren’t always necessary. And in my personal experience, my mother was not well-versed in home repair or maintenance. It was very much considered a “man’s” job. And she almost always walked away feeling taken advantage of or unhappy in some way.

All these things created an unconscious bias for me of a service technician trying to take advantage of situations and that as a woman, I am not well versed in plumbing.

These unconscious biases are like triggers in our brains linking one thing to another before we can even give it much thought.

They happen spontaneously and unconsciously. To fight or change them we must stop, think, and then respond rather than react in the moment. A reaction is often very quick and without much thought and can often come across as negative or even aggressive. A response, on the other hand, is thoughtful, calm, and non-threatening.

It’s also important to note we all have unconscious biases. They are inescapable. There is no reason to feel guilt or shame they exist. You do, however, have the control to not act on these biases. As stated earlier, if you can pause and respond rather than reacting in the moment, your unconscious bias doesn’t have to be a primary decision-maker.

I tried to take this approach of responding instead of reacting with the fifth technician who was at my house this week. I intentionally remained open to whatever he presented and made every effort to not let my unconscious bias rear its ugly head again.

The conversation did again come up that I am single and no adult male lives in my home. However, I consciously stood in my power as a strong woman and spoke confidently about the things I understood and asked questions when I wasn’t certain. I was vulnerable, honest, and gave the technician the benefit of the doubt he was trying to help resolve my problem in the most cost-efficient way possible. In return, we had a lovely interaction, he didn’t charge me anything extra (when he could’ve technically charged me another $200), and I can finally use my washing machine again.

Running water and responding rather than reacting for the win!